“Security and safety is new but I think we are also getting to a point where it’s more natural to work with. It’s not just something we add on after we’ve designed a square, it’s something that has been considered early on.” 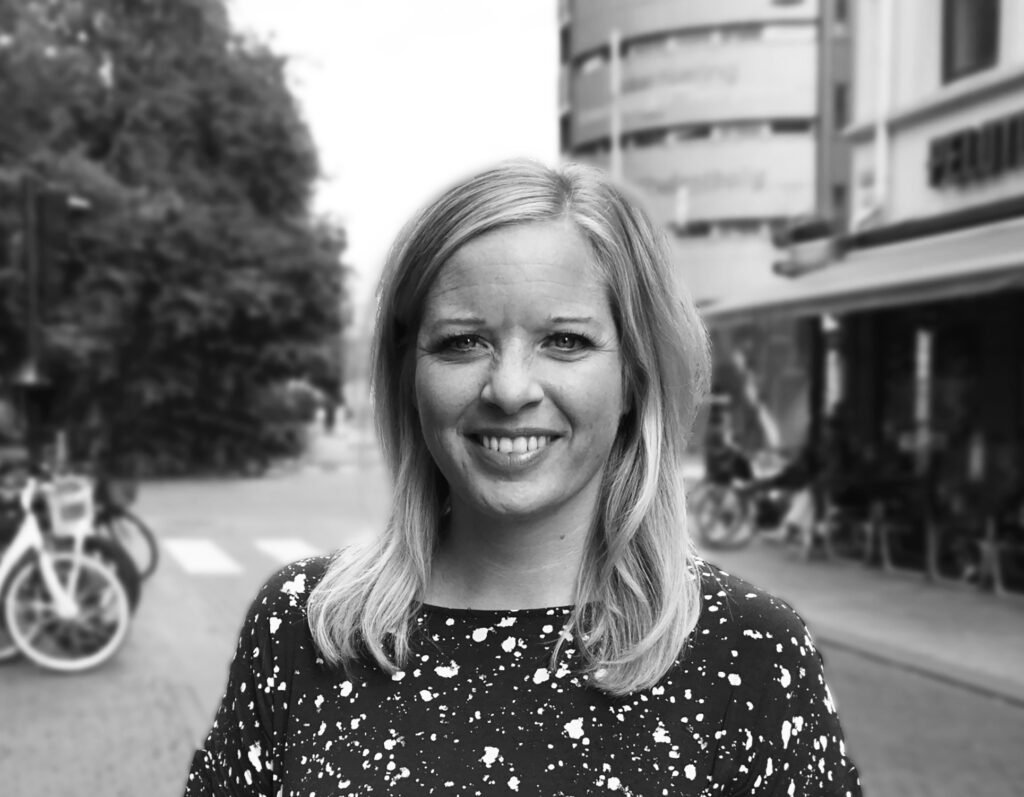 Louise Fiil Hansen: Balancing Design and Security in the Nordics

Louise Fiil Hansen is the Partner and Design director at SLA where she is responsible for some of the studios largest and most complex urban projects – notably the revitalisation and rebuilding of the Government Quarter in Oslo. Across a wide range of projects, from nature-based city planning to integrated security design, Louise puts special focus on finding solutions to classic urban design challenges such as biodiversity loss, climate change, pollution, and security – turning these challenges into opportunities for improved liveability.

What experience does SLA have with security and what has your involvement looked like?

“I have been working on the central part of Oslo around the parliament, Storetinget, where SLA did some studies on how to regulate the traffic and how to redesign the streets — creating natural and integrated security measures in that area. I have also been involved in some networks discussing the topic of security, where SLA gathers different actors from the private and public sector, designers, engineers, and so on, to discuss how they can approach this new theme of security in our urban spaces. How do we react to this new reality and the new restrictions that follow? How do we make sure to balance the need for security and the wish for open democratic spaces in the Nordic countries? That is something that is really important and really interesting.”

For many years, Louise has worked on different projects in Scandinavia. One of them being the rebuilding of the government quarter in Oslo that was hit by the bombing in 2011. SLA’s project in Oslo involves the transformation of an urban space with a lot of cultural heritage. In the landscape design, SLA connects nature, history and culture — which is reflected and communicated in the design of the quarter – while simultaneously presenting innovative security solutions. Existing spatial qualities were used as a starting point to transform and reflect the area’s history and ensures a clear aesthetic identity while prioritising safety.

What was the process like, to design the Government Quarter project in Oslo?

“It was probably one of the most interdisciplinary projects we’ve worked on, because there are so many competencies that need to be present and interests that need to be met. We could see the “rings in the water.” At first, we thought we just had to secure one area, but then we realized it would affect the surrounding streets, which would then affect the surrounding buildings, which affects the shops, the infrastructure, etc. So, in that sense security has a lot of dependencies. However, I think what’s interesting is that it also has a lot of possibilities and positive consequences. For example, the fact that some areas need to be car-free, opens up the possibility of creating urban spaces that are much more pleasant than they were before. So, it’s been interesting to see how security, something not many people wanted to take ownership of before, can be used to create added value to a city.

“Furthermore, rain- water management, park terrains, and water-mirrors that can function both as urban space elements and security measures, are all examples of integrated security. Things went from security around buildings to actually creating a whole neighbourhood.”

What was it like collaborating with security officials, what were some of the challenges?

“There were of course security officials deeply involved in the projects. And one thing is, of course, that it affects the whole way that we work with the project – that’s one thing that’s quite new. I would say, because it’s filled with dilemmas, there have been a lot of good discussions about how it can be solved. And I think when it really works, we understand each other’s perspectives. I felt that there was openness to test out new solutions but also to see things in coherence. For example, we would get a problem saying a security measure needs to be a certain distance from the building, and we have to create a perimeter around it. Then when we go into the context; the perimeter could be an existing building, or it could be part of vegetation.

“The biggest challenge is when we use security measures that are not pre-approved. For example, bollards are the easiest thing to use because the dimensions are used against different vehicles. But I think the customized solutions are often the most challenging to work with.”

Are there planning laws in place in Norway, or some protection for citizens?

“I think a really good thing that has been a focus in Norway, is that there is a handbook for security measures, which is a collection of ideas or suggestions for how to work with these elements. It’s a good handbook to use as a starting point. This is something that, for example, Denmark does not have in the same way. That is something that really shows that Norway has had a focus on security for a longer time. But in terms of, for example, using trees (which is something we really would like to do) it is still a challenge.”

The Future of Security

Are security measures worth the investment?

“I share that concern in a way, and I can say that our main focus is to do as little as possible, but enough to meet the requirements. In meetings for other projects, I have experienced clients that have just wanted to create walls around a building, and we always need to ask the question of: is that really necessary? Are there any kinds of restrictions that say you should do this? In that sense, I often think about what the minimum we can do is, and how natural and flexible we can make it. Because we see that often, building projects run over a really long time. And in that process, a lot can happen in terms of what happens in society, and in the safety regulations. What we see in a lot of projects is that they start out with a high set of recommendations, and then we see that it can later be adjusted because the threat has minimised, or something happens that changes it. So, we really try to focus on the flexibility in what we suggest. Then if it’s possible, we take out the elements that are not necessary. At the same time, we have also seen projects that, once they were realised, they found out the security measures were not sufficient. So, they had to put an extra wall of bollards around – which is also not ideal. So, it’s about finding the right level of security but also asking the right questions and being good advisors.”

Landscape architects and urban designers worry about measures being intrusive. For example, in the UK measures that have been quickly implemented have often been criticised. Is it possible to integrate design-led security while satisfying the immediacy required in some cases?

“Of course, there are some situations where a quick response is needed. But when these solutions grow from temporary to permanent, it’s not the ideal way to do it. And then we also see areas where there’s more room to work with an integrated design approach (for example, the international criminal court where we created a surrounding Dune landscape). We cannot do that in a dense cityscape in the same way. We have a reality of narrow streets and smaller spaces, where we need to think creatively. So, it’s of course also a pragmatic approach, where some things are only possible in some areas.”

Have you noticed any specific problems that arise from integrating security in places like Scandinavia?

“Yes, there is a difference between Nordic countries. For example, in Norway, security has been more present, both in the public but also in the political world. I think the focus amongst Nordic countries is that there is this search for a “Nordic model for security.” As I touched on before, on one side there is the understanding that security needs to be taken seriously, and on the other, there is a strong focus from the public that cities should still be open, inviting, and democratic. So, I think that’s probably the biggest dilemma—finding a way to balance the two.

“I think there has also been a positive development. For example, when we work with cities there are many things to take into consideration, such as rainwater, cloudbursts, pollution, and accessibility. So, in that sense, security and safety is new but I think we are also getting to a point where it’s more natural to work with. It’s not just something we add on after we’ve designed a square, it’s something that has been considered early on. Not that I think an optimal method has been developed yet, but I think integrated security is becoming more prevalent.”