How Can Counter-Terrorist Measures Promote Biodiversity in our Cities?

When it comes to the hostile vehicle mitigation (HVM) industry, there seems to be a gap in the market when it comes to design-led solutions that promote biodiversity in our cities. 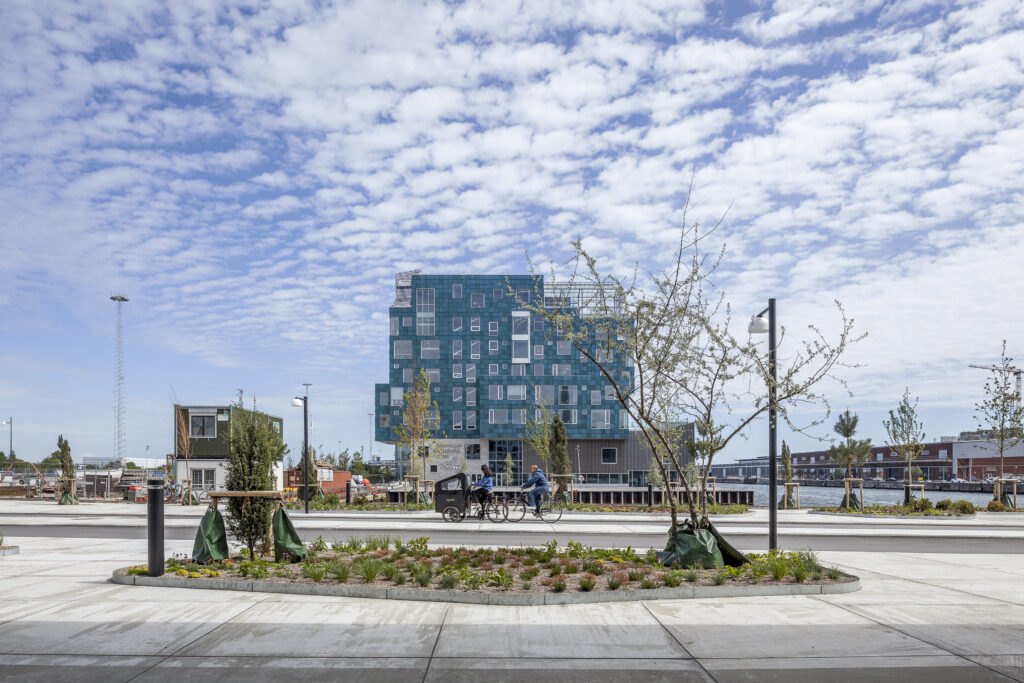 Nowadays, cities have become hubs for interaction between urbanisation and nature. And in recent years, the density of buildings and infrastructure have increased exponentially alongside population growth in urban areas – issues connected to urbanization have become a new reality of the 21st century. Today, over half of the world’s population lives in cities. Research indicates that by 2030, 1.75 billion people will be living in urban areas and by 2050, more than two-thirds. With urbanisation concentrating our global populations into complex urban environments, our cities are becoming focal points for conflict, and concrete spaces often void of greenery. Our need for cities that can maintain life is, thus, ever-increasing – urbanisation has created a new demand for infrastructure that both promotes biodiversity and ensures our safety. Yet the question now stands, can we combine these two demands?

It can be helpful to start the conversation about integrated security by laying out the groundwork – what makes a city healthy? Many factors contribute to a healthy city, yet as conservation researchers Paul R. and Anne Ehrlich posited in the 1980s, species are to ecosystems what rivets are to a plane’s win. Put simply, biodiversity is essential to human life, and it is important that we promote it in our cities. In essence, biodiversity is the variety of all life on Earth. A contraction of ‘biological diversity,’ biodiversity is a broad concept that encapsulates the complexity of the Earth we live on.  From bacteria to plants, the range of life on our planet is expansive. All living things on our Earth exist within their own communities – otherwise known as ecosystems – such as forests, cities, oceans, and deserts. When all of this is put together, we get biodiversity: the volume of life on Earth and the interaction between different species as well as their interaction with the physical environment around them.

Humans need biodiversity to survive. Intertwined in a big natural system, each element of our environment supports and enables us to live and thrive. It comes as no surprise that humans need nature: we need clean air, fresh water, and plants and animals for food. However, what we need specifically is biodiversity – the nature around us is not enough. Humans need an environment that is resilient, complex, thriving, and most importantly, full of variety. Various animals and plant species in a habitat aid stability and sustainability.

The Importance of Biodiversity in Our Cities

For thousands of years, humans created large communities that have evolved into the cities we know today – our urban environments are not a new phenomenon. What is new, however, is our infrastructure. The large amounts of concrete roads, tall buildings, and cars that have become a staple in most of our cities. As a consequence, the growth and lives of local plants and animals are often stunted by the increase in non-natural materials and carbon emissions – it is increasingly difficult to sustain a biodiverse environment in our cities when plants and animals cannot thrive. Scientists have noticed that a lack of biodiversity in a city creates problems such as unclean water and air pollution. In addition to this, a lack of biodiversity tends to lead to negative psychological impacts due to a lack of green spaces.

For many, biodiversity is something that is associated with rural areas, a place where you can physically see a variety of plant and animal species living in the environment. However, biodiversity also exists in cities and other urban areas – it is important to remember this. Often, we don’t notice biodiversity in busy cityscapes because it is sparse, and it needs help to flourish. But how do we help biodiversity flourish in our cities? In recent years, many buildings have added green roofs and living walls to their facades. These features introduce new plants into the local ecosystem, provide an environment for other creatures, and promote cleaner air. Not taking up as much space as traditional greenery such as parks and trees, greens roofs and living walls, improve the appearance of buildings and are an effective way to promote biodiversity in crowded cities.  Yet when it comes to the hostile vehicle mitigation (HVM) industry, there seems to be a gap in the market when it comes to design-led solutions that promote biodiversity in our cities. Currently, the implementation of design-based security measures remains in flux – increasing costs of urban security and the reluctance of urban designers to integrate security into their designs has made it difficult to execute plans for design-led security measures.

Jon Coaffee, professor in the Resilient Cities Lab at the University of Warwick, presenting at December’s UK Security Expo, touched on the link between terrorism and other security concerns and the design of urban areas. The past decade has been marked by important processes of urban revitalisation – topics of inclusivity, liveability, and accessibility have become important cornerstones of urban policymaking. Yet, discussions about how best to increase our quality of life in cities seem to leave out important conversations about security measures and our increasing need for them. In the aftermath of 9/11 and a host of other terror attacks, security measures were rushed and thrown around cities as an immediate response to increased threat-levels. Our urban spaces have been defined by reinforced steel barriers, bollards, and concrete planters greatly lacking in integrated and aesthetically pleasing design elements. Yet over recent years, there has been a push to improve this process and a range of urban designers and landscape architects have been trained to be involved in security design and to collaborate with security professionals, to create public realms that are both safe and liveable. As a result, the initial push to litter our cities with security bollards and bollards is slowly changing direction towards more subtle alteration in our urban landscape.

The challenge that we now face is how best to develop innovative security measures that balance protection as well as take into account the needs of a city — i.e., design-in security measures that also support our biodiversity efforts. Introducing products, such as planters that promote biodiversity is often a great solution. At Unafor, we have developed planters and green screen planters that integrate security — designed to combine nature with the cityscape. Subtle alterations that seek to balance the safety of citizens while ensuring our urban environments are rich with holistic design and vegetation are becoming the future.