How Prepared Are Our Cities for a Hostile Vehicle Attack in 2022?

The circumstances and contexts of terror threats are ever-changing – in the past couple of years we have seen drastic changes to the complexity, frequency, and intensity of attacks in public places. With the trend of vehicular attacks on the rise, policy makers, urban designers, and landscape architects are considering more serious measures directed towards hostile vehicle mitigation (HVM). 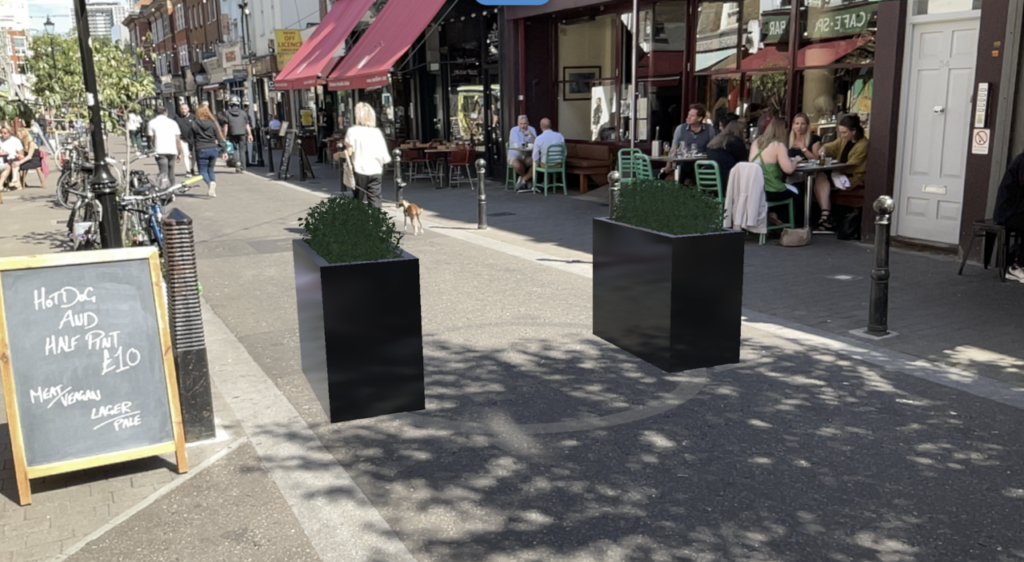 Although security is often an unseen foundation of placemaking, safety is the quiet driver of design and programming in our most successful cities. Yet as we move into the 21st century, we have begun to witness the ways in which our cities are unprepared for terror attacks. The circumstances and contexts of terror threats are ever-changing – in the past couple of years we have seen drastic changes to the complexity, frequency, and intensity of attacks in public places. With the trend of vehicular attacks on the rise, policy makers, urban designers, and landscape architects are considering more serious measures directed towards hostile vehicle mitigation (HVM). These measures are often in the form of street furniture aimed at mitigating the impact of vehicle attacks against “soft targets” – targets that are relatively vulnerable due to easy accessibility and high crowd density.

Since 2014, the number of hostile vehicle attacks (HVA) has been steadily increasing. The number of attacks has risen from single digits in the early 2010s to averaging about 25 attacks a year from 2014 to 2019, and over a hundred in 2020. Yet in an interview for the International Security Journal, Christian Schneider, Hostile Vehicle Mitigation Advisor, points out that it is not just the number of attacks that we must worry about, but two key factors that make vehicle attacks so dangerous: the diversification of motivations and targets in an attack, and the accessibility of a hostile vehicle.

First, the increase in the variety of potential vehicle attacks leaves us more unprepared than ever and introduces a new level of severity when it comes to security threats in our cities. Schneider explains that from 2016 onwards, vehicle attacks have become more common place in both Europe and North America, and that, more importantly, the demographic of attackers has expanded. Attacks have been motivated by hate crimes, the far-right, the far-left, anti-feminism, and even cases of domestic violence. In addition to the diversification of attackers, another key change in hostile vehicle attacks is the target selection. Vehicle attacks are seemingly moving from static locations, such as events and infrastructure, to mobile targets like demonstrators. For example, during the Unite the Right protest rally in Charlottesville Virginia, a white supremacist drove his car into a crowd, killing 32-year-old Heather Heyer, and wounding dozens of others. This was one of 50 vehicle-ramming incidents in the US since May 2020.

Second, research suggests that the use of a hostile vehicle requires much less planning than other methods. As such, the preparation time required for such attacks will diminish as tactics move from planned to opportunity based. The terrorist attack in Barcelona, for example, shows how easy it is to do severe damage. As explained by BBC News Security Respondent, Gordon Corera, “The weapons employed are readily available and there is little, or no training, coordination or planning required. This means there are few points where individuals can be spotted by the intelligence services.”

Why Are Our Cities Not More Prepared?

Despite the terrorist threat to security in Europe remaining acute and the changing nature of hostile vehicle attacks, European cities are still displaying a level of unpreparedness when it comes to properly integrated security measures. There are a multitude of factors that hold policy makers back when it comes to integrating effective HVM measures. A fear that security measures will disrupt newly redesigned cityscapes, the aesthetics of security features, and concerns about cost are reasons among cited security experts, municipal officials, and executives for not adopting security measures.

According to a Reuter’s article from 2017, even after the attack in Barcelona, cities in Europe are hesitant to change their layout for security purposes. Else Ampe, Deputy Mayor of Brussels, explains that Europe does not “want to be Hebron” – the city in the West Bank where Palestinians and Israeli settlers are separated by concrete barriers. Often, benches, bollards, and street furniture (in other words, crash-rated security barriers) used in hostile vehicle mitigation need to be bulky in order to stop heavy vehicles travelling at high speeds. As such, many believe that HVM measures can create a ‘sterile’ and hostile environment – adding to what may be called the “architecture of paranoia.” In London, for example, Boris Johnson was willing to remove the safety railings on London bridge just to avoid creating an abrasive environment. Furthermore, these measures may significantly impact the accessibility of a public space and the general liveability of a city. Else Ampe explains that Brussels has 45 hectares of pedestrian zones, many of which include narrow winding pathways. Installing security barriers on these streets would restrict access for people who conduct business and live there. “You cannot block every street. You have to live, and shops need to have deliveries. We have to have a compromise between security and still living in a city,” she adds.

Another factor when it comes to implementing HVM measures is cost. After the terror attack at a Bastille Day celebration which killed 86 people, Nice (as well as the whole of France) adopted new anti-terror measures – installing new security barriers and completely reorganizing the traffic layout. Yet this did not come at a low cost. Elizabeth Johnston, Executive Director of the European Forum of Urban Security, points out that Nice has massively invested in such security measures. Many cities cannot afford such an investment – they do not have the financial means to reorganize an entire city and its traffic. Certain cities can only do so much when it comes to implementing anti-terror measures. When you harden one target, it is likely that an attack may occur at another, more vulnerable one. As such, it is often not the case that securing one area of a city will be a sufficient security plan. The entire city must be reorganized, and this comes at a high cost – one that not every city can bear. “It’s mainly municipal agencies (that undertake this work) and their funding cycles take a lot of time,” she said, adding that further delays may take place due to debates of whether the central government or cities should be the ones paying.

To conclude, the apprehension when it comes to implementing security measures is palpable, and it has affected how prepared our cities are. Security companies, such as Damasec (a Danish company), have reported that even in the wake of increasing hostile vehicle attacks, a sharp growth in sales has yet to happen. It is becoming increasingly clear that the ever-changing nature of hostile vehicle attacks is putting new pressures on our cities, and we must work hard to ensure that we are more prepared than ever.