Internationally renowned for being a nature-based design studio made up of 130 landscape architects, biologists, anthropologists, and city planners, SLA designs cities on all scales – from masterplans that stretch across cities to neighbourhood pocket parks. SLA’s distinctly interdisciplinary approach combining deep anthropological knowledge with award-winning design has informed some of Scandinavia’s biggest security projects. 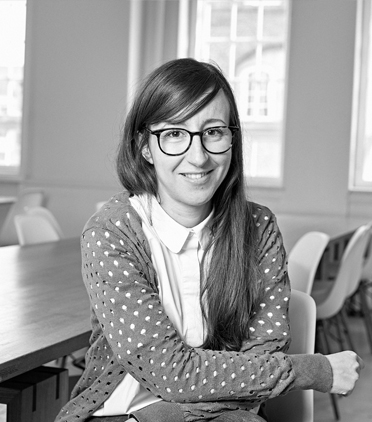 An Interview with Monica Galiana Rodriguez

SLA is a Danish-based landscape architecture office operating within the fields of urban space, city planning and landscape architecture. The company was founded in 1994 by Stig L. Andersson and has offices in Copenhagen, Oslo and Aarhus; designing some of Scandinavia’s most democratic, climate-friendly and contemporary urban landscapes and public spaces. Internationally renowned for being a nature-based design studio made up of 130 landscape architects, biologists, anthropologists, and city planners, SLA designs cities on all scales – from masterplans that stretch across cities to neighbourhood pocket parks. SLA’s distinctly interdisciplinary approach combining deep anthropological knowledge with award-winning design has informed some of Scandinavia’s biggest security projects.

Monica Galiana Rodriguez currently works as a project manager for SLA, with a special focus on the Middle Eastern market. “My expertise at the moment has developed into what the market requires, which is quick concepts and their implementation as per the local standards while ensuring design intent, and getting in contact with local stakeholders, suppliers, and manufacturers to get the best possible outcome. Our Middle East projects are within what we call our “International Team”, which has slowly developed into different directions, with projects in China, the UK, Canada, and Abu Dhabi, which is booming at the moment.”

As pointed out by Monica, SLA’s work stretches across the globe. In 2018-2019, SLA worked on the Tencent Headquarters in Shenzhen, China – a project that focused on integrating nature, community and technology with the aim to maximize flexibility, strengthening local ecology and supporting an innovative working environment. Furthermore, in 2019-2020 SLA worked with Al Fay Park to create Abu Dhabi’s first biodiverse park, which focused on social activities and microclimate optimization. Finally, on February 15, 2022 it was announced that SLA’s Quayside team was given the opportunity to develop the prominent site on Toronto’s waterfront.

Despite a notable international presence, when it comes to security, SLA has set its focus on Scandinavia – notably the European Spallation Source (ESS) in Lund, Sweden (a competition SLA won in collaboration with Cobe and Henning Larsen 10 years ago) and the Government Headquarters in Oslo, Norway. SLA’s perspective on security is unique. They combine anthropological analysis, ethnographic fieldwork, ecological knowledge, and urban design solutions to ensure our cities are safe while also better to live in, democratic to stay in, easier to move around and sustainable to maintain. Having worked on the European Spallation Source since 2013 and the European Criminal Court in 2008-2015, Monica provides a unique insight into SLA’s work with anti-terror and security.

The European Spallation Source: The Beginning of Integrated Security at SLA

Situated on the outskirts of Lund, The European Spallation Source is a European Research Infrastructure Consortium (ERIC), a multi-disciplinary research facility based on the world’s most powerful neutron source and one of the largest science and technology infrastructure projects built today. The ESS contains a number of facilities for researchers such as laboratories, offices, and a lecture hall.

“When we were appointed the winners, we quickly got into the design phase. So along with Henning Larsen and Cobe we implemented our master plan – with such a complex program and a high standard for security. One of the reasons the project was chosen was its flexibility to implement such a complex program, and from a landscape point of view, we were providing integrated standards in a more design-friendly way. So, I would say that along with the European Criminal Court, that was the start of how we envisioned security and nature-based solutions.”

Monica explains that the key requirement for the ESS when it comes to security was to delay unwanted entrance. That called for a design that would incorporate both smart hostile entrances as well as HVM (hostile vehicle mitigation) measures. Furthermore, the topography and nature were originally aimed to delay hostile vehicles, but trees were never approved by the security team because they are not tested to prevent hostile vehicles in the long run (they may rot and become weak with time).

“There were different requirements on heights to block or to avoid cars getting into the premise. We had to talk about the details – how much it would cost, if we were talking tonnes, friction, and foundations. That’s how we took those elemental principles and merged them into our nature approach.

SLA is eager to learn and to promote nature cycles and nature-based approaches, and how to get benefits and create values. So, with these two projects, both the Criminal Court and the European Spallation Source, when we were asked to bring a layer of security, we embraced it with the tools we like to use, nature. And so, we learned a lot, and a few years after, we won a project to design Norway’s Government Quarters in Oslo, where we brought those learning into an whole new setting, Downtown Oslo.”

In 2014, SLA was asked to work with Oslo’s central Government Quarter, which was damaged after the terror attack in July 2011. Here, SLA worked to combine the demands for an active urban life with urban security. The project involved the transformation of an urban space with a lot of cultural heritage – SLA worked to connect the nature, history and culture of Oslo and wanted to reflect this in the design. By using existing spatial qualities as a starting point for the transformation and communication of the area’s history, logistics, and flow, SLA ensured a clear aesthetic and cultural-historical identity in the new urban space around the Government Quarter.

“The project was different from the ESS and the European Criminal Court, where we were free to implement and integrate security principles into an open landscape. Downtown Oslo was completely different, with a whole different system of existing layers and pre-existing conditions. So, SLA sought to bring a new layer based on their nature-based agenda and the functional requirement of creating a high level of security.”

Monica explains that rather than creating an obvious security measure, SLA wanted to create an aesthetic value – they wanted to bring something back to the site and the citizens, rather than just adding a layer of security.  To approach such a large project and to ensure design-led security measures, Monica emphasizes that it must always start with a dialogue and to create common understanding about the project goals and security standards. It is essential to understand everyone’s priorities and to first find out how to meet the set of standards – then you can work on challenging and creating integrated solutions.

“The dialogue is essential, we want to find out what is essential to meet the security officials’ standards, and then we can challenge how they are provided. Usually, requirements come with a fixed standard of ‘it needs to be a fence of 2 meters, and it needs to have a second perimeter, which comes with a CCTV camera – very specific solutions. So, for all projects the best way to approach the challenge is to start a dialogue with the security team and to reach common understanding.”

Monica explains that, reaching a common goal and understanding with security officials cannot be done in one single session and usually takes some time. It is through the countless back-and-forths that a collective agreement can be found.

“Starting from the early design phases, we have to, as designers, understand what the actual security requirements are, then we brainstorm and present the feedback. What we usually experience is that, when you make the effort to understand, then there’s room for alternatives. The security team has a very important task, and they have a very high responsibility, so it’s not a good approach to tell them what they’ve been doing so far is wrong and that we can do it better. It’s more about using their knowledge to help us understand what their work is about and how they can help us embrace this knowledge into our design approach.”

The role of the security team is to be forward-looking. It’s not only about creating secure cities; it’s about finding security solutions for tomorrow. Monica explains that the project in Oslo was led strongly by the notion that Oslo is a city of the future. And through an anthropological lens, SLA was able to collaborate with security officials to shape a safer Oslo.

The Future of Security in Scandinavia

Although Norway has begun to integrate planned security features in its urban landscapes, the rest of Europe (specifically Scandinavia) has been slower to develop integrated and design-led security plans. Monica notes that she has, however, noticed a shift in the way counterterror measures are being implemented in Europe over the past decade.

“I am from Spain; back in the day I remember terror attacks were the breaking news every day. The different security levels were constantly on alert and constantly challenged, but the way measures were implemented to prevent access to public buildings was completely different from what we can see now in Scandinavia.”

From a design point of view, security has become much more implemented within the design – it is no longer an extra layer, but rather it is part of the design process. Otherwise, security becomes too present and can be a threatening rather than an inviting element.

“Security and defence have played important roles in our cities. But it is not only the risk of a terrorist attack what changes our cities. Measures which do not consider the urban context, put people on alert. At SLA we try to comply with the overall requirements within an overall nature-based design that brings value to the citizens, and sets free the project from constraints.”