What the Nordics Can Teach us About Anti-Terror

Although Scandinavian cities do not often face the threat of terror, and are therefore not built with that in mind, the Nordics have mastered integrated design that is both beautiful and functional. Put simply, Nordic design is world-renowned for its simplicity and elegance. 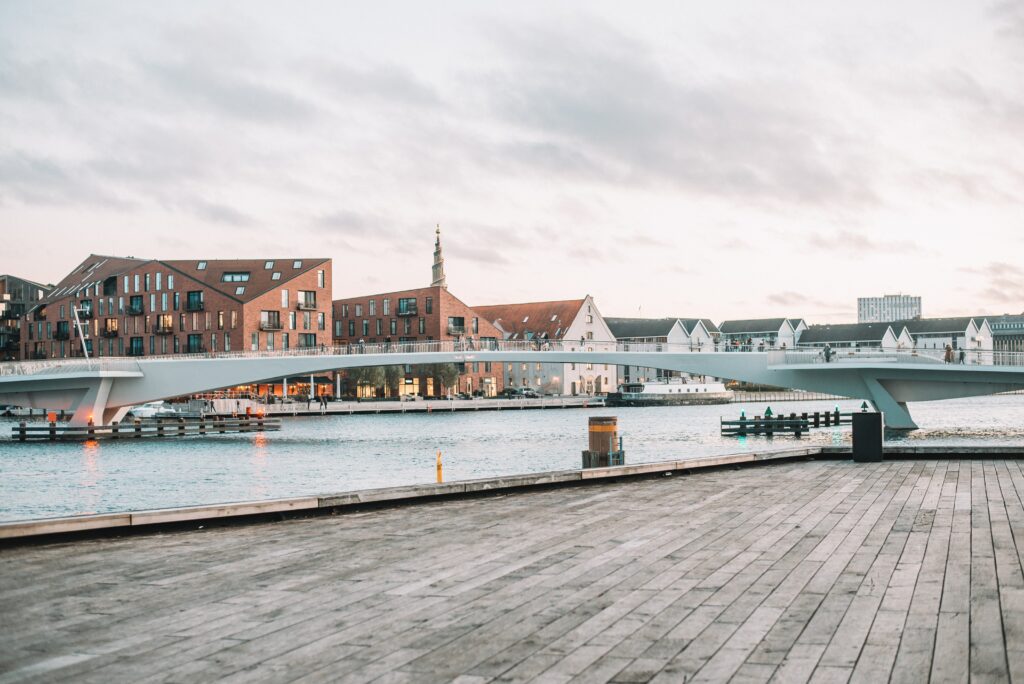 What is Security Design?

Over the past decade security measures such as bollards and concrete barriers have begun to show up more and more in our urban landscapes. According to Caroline Samponaro, deputy director of Transportation Alternative, an organisation promoting biking and walking in New York City, cycling and pedestrian advocates have called for an increase in security installations (that can also prevent accidental injuries) for years – well before the recent increase in vehicle-based terrorist attacks. More specifically, after cyclist Eric Ng was killed by a drunk driver who drove through a different section of the bike path, the need for bollards in cities around the world was beginning to be recognized both for accidents and VAW attacks. Samponaro stresses that, although vehicle as a weapon (VAW) attacks draw a lot of attention and fear, city design solutions shouldn’t solely be handed over to security experts. “The goal shouldn’t be to create a police state based on fear. It’s possible to have thriving, dynamic, accessible spaces for people,” she says. “That doesn’t mean a threatening environment.”

What can we Learn from the Nordics about Anti-terror and Urban design?

When we think of security and HVM barriers, design is often put on the backburner with safety as a top priority. Although the effectiveness of these barriers remains a stead-fast priority, security solutions still have far to go when it comes to proper integration in our cityscapes. As of now, HVM solutions around Europe stand in opposition to our democratic values — often creating urban spaces that feel closed and invasive. How do we fix this? Is it possible to create a space that is both safe and liveable? Although Scandinavian cities do not often face the threat of terror, and are therefore not built with that in mind, the Nordics have mastered integrated design that is both beautiful and functional. Put simply, Nordic design is world-renowned for its simplicity and elegance. It is a way of living and driven by underlying principles of Scandinavian culture. Norwegian Architectural Theorist, Christian Nordberg-Schulz, was the first to define a specifically Nordic architectural identity. By his definition, Nordic design should return to basic principles that combine openness and dynamism with an identity of place and sense of home. This is something we can and should use to inform how we design security in our cities.

When we spoke to SLA architects about anti-terror in the Nordics, the consensus was that, while Denmark was still in the early stages of counter-terror design, places like Norway and Sweden have made significant progress in terms of integrated security efforts. Louis Fiil Hansen, partner and design director at SLA, puts it best. “There is a difference between Nordic countries. For example, in Norway, security has been more present, both in the public but also in the political world. I think the focus amongst Nordic countries is that there is this search for a “Nordic model for security.” As I touched on before, on one side there is the understanding that security needs to be taken seriously, and on the other, there is a strong focus from the public that cities should still be open, inviting and democratic. So, I think that’s probably the biggest dilemma—finding a way to balance the two.” Norway’s Government Quarter in Oslo, re-designed by SLA, has notably made use of Nordic design principles to guide security design.

How can we Implement this?

Researchers, landscape architects, and urban designers argue that city design is an extremely effective way to ward off the growing threat of terror attacks that use vehicles as a weapon. The approach – which separates vehicles from both cyclists and pedestrians by using physical barriers (such as bollards, planters, etc.) capable of stopping a moving vehicle while simultaneously functioning as an environment-enhancing piece of furniture – allows cities to protect citizens while enhancing a city’s liveability. So, focusing on integrated products that have a dual purpose – such as a planter that can protect a space while promoting biodiversity – seems to be the right step towards holistic security solutions that are open and democratic. While it’s impossible to fully protect every urban space used for gathering, shopping, etc. the goal of integrated, design-forward security is to make spaces safer without making them feel like they were built for security instead of urban living. As stated by Jon Coaffee, professor of urban geography at the University of Warwick, “the predominant view that is emerging is that security features should, where appropriate, be as unobtrusive as possible.”